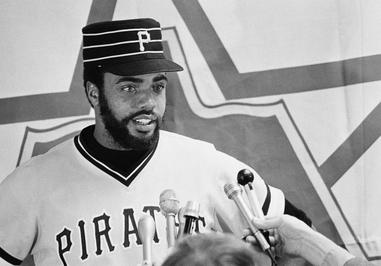 Drafted as a catcher in the 1970 draft by the Pittsburgh Pirates out of Courter Tech High School, Dave made an immediate impact in his rookie season of 1973, hitting .288.  An indication of things to come, Dave will go on to win 2 National League batting titles (1977 & 1978), an NL Most Valuable Player in 1978, and a seven time National League All Star.

COACHING CAREER:
First Base Coach for the Anaheim Angels
Hitting Coach for the St. Louis Cardinals
Special Hitting Instructor for the Pittsburgh Pirates

IN THE COMMUNITY:
Dave spends much of his time at golf events, directing youth baseball events, participating in private and group baseball instruction in and around the Greater Cincinnati area. You can also catch Dave at  celebrity baseball games and/or speaking engagements for various businesses and youth groups.   Additionaly, the Cobra participates in many non-profit and charitable organizations, including his own foundation for Parkinson's disease.  (Dave Parker 39 Foundation)


﻿"What a throw by Dave Parker, who continues to show why some people consider him the greatest player in the game"﻿
Powered by